I believe strongly in plotting the data that I obtain, because plots tell you a story and they don’t mislead you like summary statistics can.

Often I want to plot data the arduino has acquired, but I find existing solutions don’t suit my needs. So I went out and made my own solution which writes a GNUPlot script in response to plot commands. I integrated the library with my general Arduino Toolbox (WDArduinoLib) and am releasing it under the GNU 2.0 License.

This library is simple to use and produces clean results with minimal configuration. I present several basic examples that show the API in use and the results obtained.

Line plots of time series data are probably the most important feature any graphing API targeted for micro-controllers can offer. This code creates such a plot. It demonstrates the use of multiple line styles. 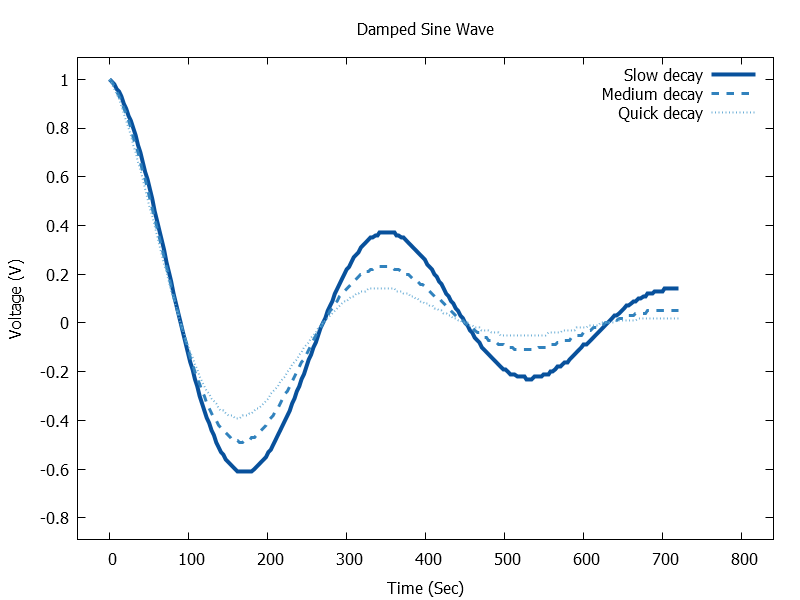 A scatter plots, with styles colours and trimmings.

Sometimes your not using time series data, and need to plot lines between arbitrary x/y positions. Many solutions for the arduino breakdown at this point. Here I demonstrate such a plot (based on the logarithmic spiral). Note I am using lines with point markers to show the actual points plotted.

Bar graphs, for histograms and such are easy in this API. The example below shows support for multi column graphs, Note: negative values are also supported. The labels for the X-Axis are plotted as standard x values (the plot command is template driven and can support many different types of data). 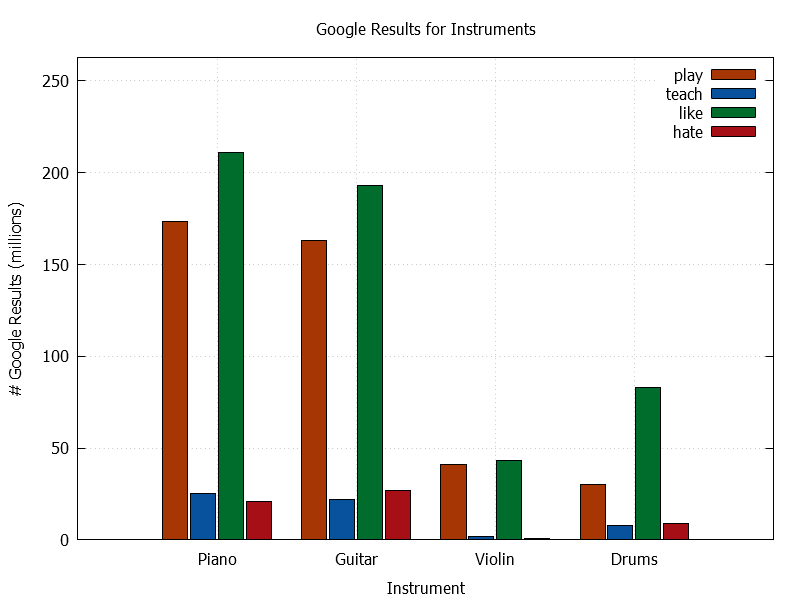 It is very possible to get the output generated by this library to GNUPlot automatically. How you achieve this is up to you.

It is possible to direct the output to a SD card. See the arduino help page on the file class, to create you own file on a SD card. Then pass the open file object in to the constructor for your plotting class (where I used Serial in the examples).

Most Features are well tested, but I don’t warrant or accept liability for any of the functionality in any way.