OpenXeen is a game engine rewrite I have been working on for Might and Magic III, IV and V . It’s opensource and still under development.

Currently it brings up monsters, objects, and most of the outdoor environment. 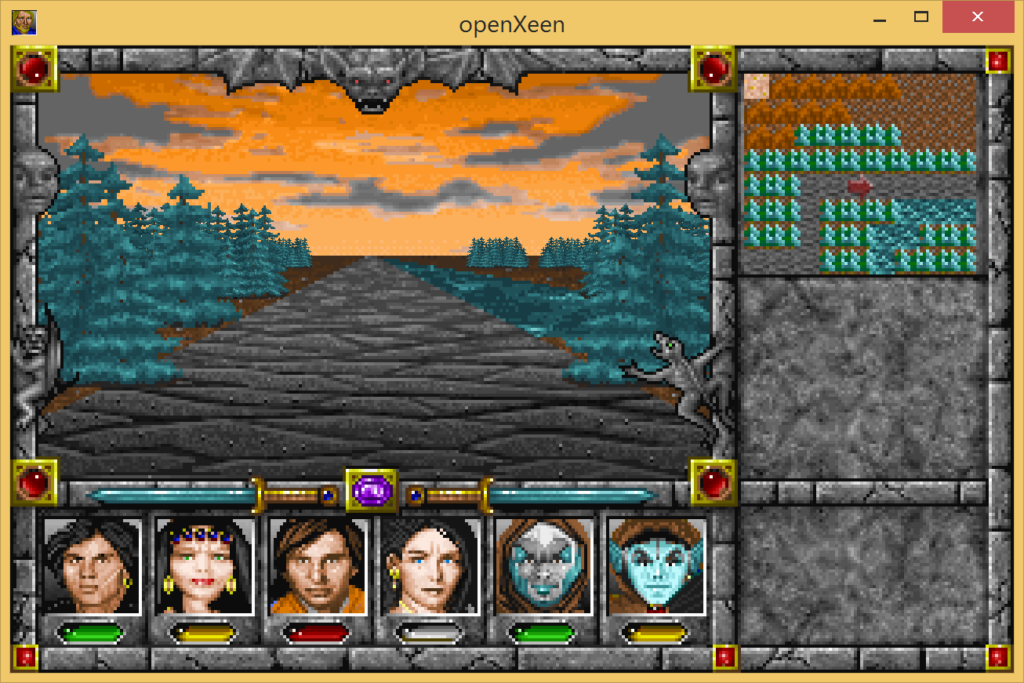 I have got the MAMIII GUI up, and decoded some sprites. Not much more to show yet.

I am by no means a proficient at reverse engineering software, however I wrote up a quick primer on how I was using the cpu logs generated by the dosbox debugger, to recover some MM3 data. 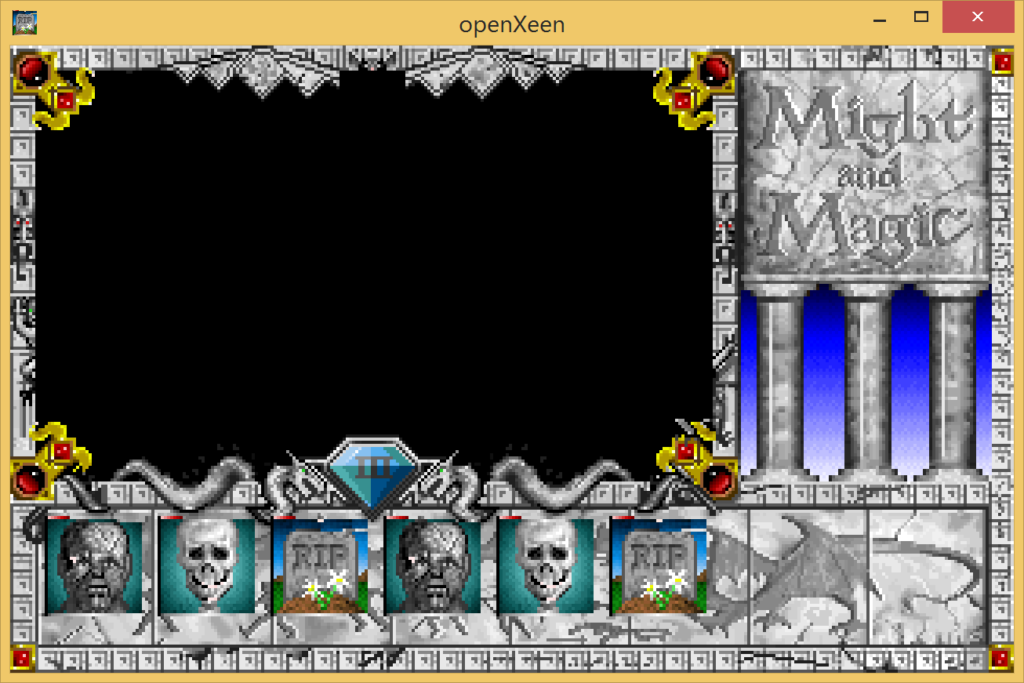 Articles on the History of MaM

(From my dev blog) 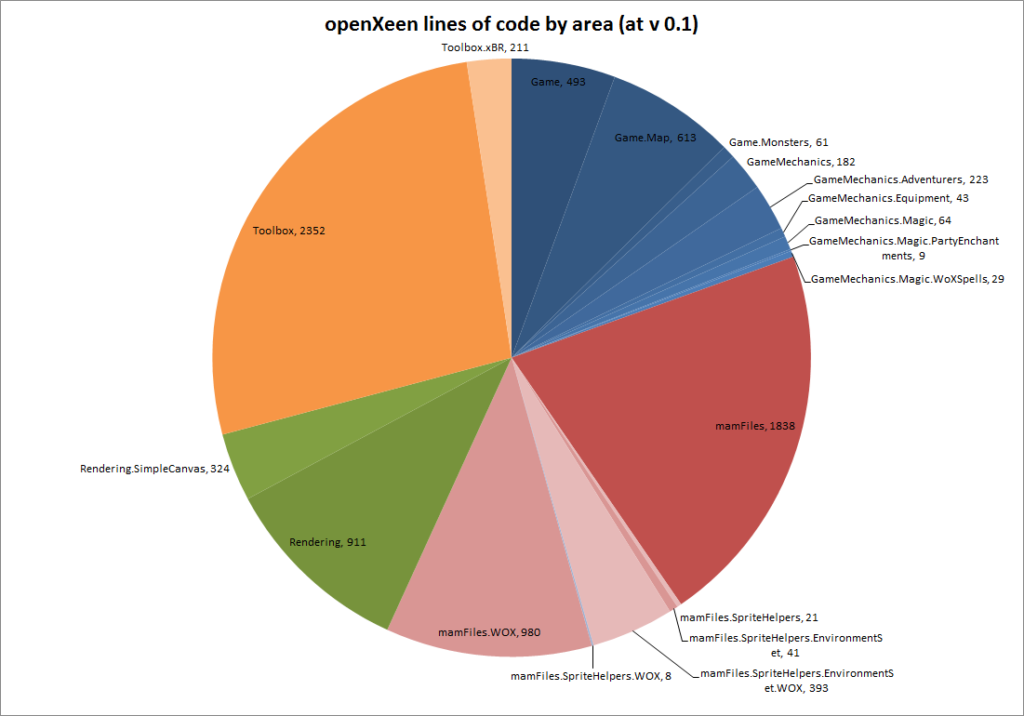 With this first release I wanted to take stock of where the code is at, where I am heading and what my time is being spent on. I have a job and a family, so openXeen is largely coded in at night or when I can grab 5 minutes. This forces me to code in a manor ‘resistant to interruptions’ (finish one logical area at a time, use a fully thought out architecture).

What I also need to do Is audit how much time I spend on what. Which is where this line of code by package breakdown comes into play. It breaks my 8.8k lines of code down, telling me where my effort has been spent. I aim to update this graph at every delivery milestone. What I learnt: